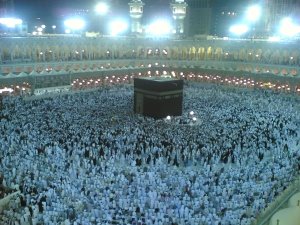 We departed from Kuala Lumpur on Thursday... 12th October 2006... there were 33 of us alltogether in our group lead by my father.... so many unfamiliar faces on that day except for Ustad Haji Ahmad Dasuki... and Andak Din. Owh and F.Y.I, that day we fasted for 19 hours and 30 minutes sharp!!! waaaa... gilelah.. lame kan?? 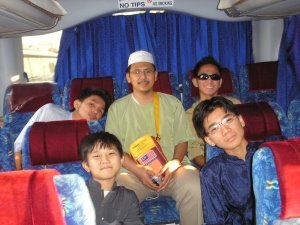 In The bus at Madinah

We stopped at Riyadh for about 1 hour before continuing our journey to Madinah Al-Munawwarah. Owh... so happy to be back here. Among three holy lands in the world. HIhiih.... We went straight to our hotel.. (Because of some problems... we have to change into another hotel the same night.... stupid arabs!!).. Me and Andak Din and Izzat managed to follow the imam performing the Solat Terawikh for that night... and guess what.... magically we got some spaces in the Raudhah Area to pray. Hohohoho.... Alhamdulillah.... 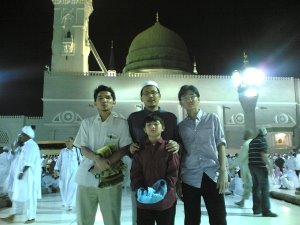 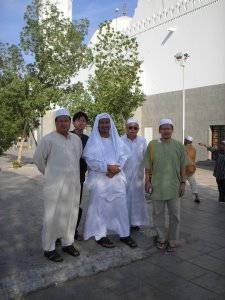 The next day we visited some historical places in Madinah. Eventhough it was just a quick visit (coz of so many people laaa time Ramadhan nie..), Ustad Dasuki berjaye menceritekan sejarah mereka dengan berkesan sekali!!!! First stop was the Jabal Uhud, followed by Qiblatain Mosque, Quba' and then the Dates Market. 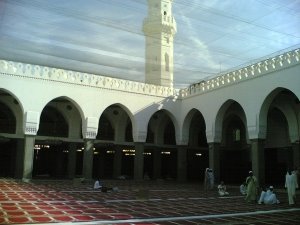 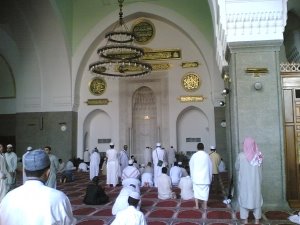 We went to the mosque earlier 2 hours for our Friday Prayer.... After Friday Prayer we took off and went straight to Bir Ali for our Umrah's Miqat... (dah berihram dah time nie... haha...).. I started talking wit this guy named Shaiful... he's a 27 years old technician in hurmm.. I dunno what company... still single... he has this Rosyam-Nor-Look-A-Lyke face. Haha.... but a bit shorter than the real Rosyam Nor. He's a nice and gile funny punye guy aaa..... 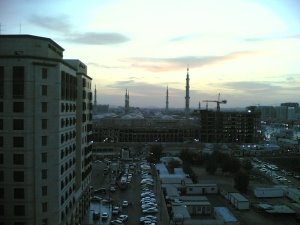 Perjalanan tergendala selama 2 jam pabila driver die ilang selame 2 jam tu bile kitorang berenti kat satu R&R diorang. Hah... Arab lagi!! and this time the driver's an Egyptian. Hurmm... which made it worse!! <-- Ustad cakap. And because of this Arab's mistake, we reached Mecca around 2 a.m in the morning. After settling all our luggages at the hotel plus a quick rest, we went straight to Masjidil Haram to perform our Umrah.

Hehe.. Sheikh Abdul Rahman Sudais' voice welcomed us that morning wit his trademark Solat Witr's Doa Qunut. Haha... for your information... After I've finished my Umrah, I have to go there again and accompanying Pak Yop finishing his'. (Pak Yop tertinggal time memule kitorang buat Umrah beramai ramai...). Thank god Shaiful and Izzat were there after Pak Ayop and I had finished his Tawaf. So.. I just sat on Bukit Marwah waiting for them to finish their Sa'ie. 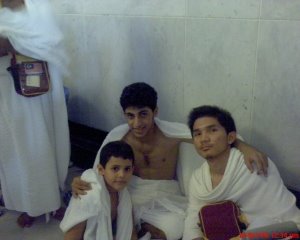 Saud and his brother.... and me

While waiting, I met this one Arabic boy who's the same age as mine. His name is Sa'ud I think (dunno how to pronounce it correctly..).. we had a quite long conversation and mostly about football... He's a Real Madrid supporter. He told me that he has a cousin studying in Malaysia but he didn't remember his name.. Hahaha... apelah... we changed e-mails and took some pictures. 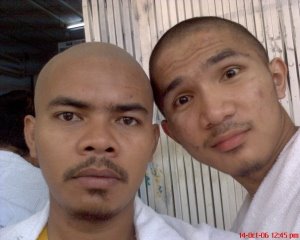 This is Shaiful... hihihi..

phew... thank God u and ur family pergi balik dgn selamat! best aa the place! it feels so out of malaysia (bukan mmg pun ke?)