Sometimes, I think music plays the important role in bringing a particular movie into life. Just wanna share wit u guys what songs taken from movies that I like really2 much! ahahahaha... 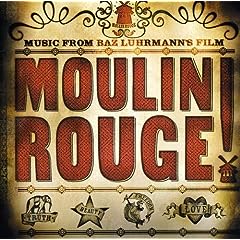 Owh.. who can forget music from The Titanic aa?? owh... James Horner composed a really wonderful song sang by Celine Dion, My Heart Will Go On... huhu... I can't forget that I actually cried while watching the movie back in 1997! huhuhu Next is.. music from the film Los Choristes.. Composed by Bruno Coulais and
Performed by Bulgarian Symphony Orchestra.... Owh.... more to music of Choirs... and the melodies are sooooo touching.... some of my favourites:

Les Choristes
In Memoriam
Vois sur ton Chemin
Pepinot
La Nuit
Owh.. once again. I remind u guys.. these musics might be not the kind of music u guys would be interested in... they are just my favourites ok!!?? ehehe.... Up to u if u wanna try downloading them.. :p Who haven't heard of the movie The Sound Of Music aa?? eehehe... okay.. FYI , I watched the movie back when I was in standard 2 I think, and TV2 kept on repeating the movie each time whenever it was school holidays! ahuahuaha.. suke!!!

Owh.... some of the Music arrangements in Movies that I Like :

The Gladiator (composed by Hans Zimmer)
Memoirs Of Geisha (John Williams)
Harry Potter (John Williams)
The Lord Of The Rings (Howard Shore)
The Pianist (Janusz Olejniczak and Frederic Chopin)
Amelie (Yann Tiersen)
Star Wars (John Williams)
Pirates Of The Caribbean (Hans Zimmer)
Schindler's list (John Williams) *Trust me... U'll like this song...
The Untouchables (Ennio Morricone)
The Godfather (Nino Rita)
Phantom Of The Opera (Charles Hart, Richard Stilgoe, Patrick Wilson, Emmy Rossum)
Hahaha.. finnito... what kind of post is this aa??? :p well, I just wanna tell u guys about the beauty of music in some movies!!!! especially for those who really love MUSIC!! like me! :p ehehehe bye bye..
Posted by aB at 6:50 PM