After that we had our lunch at Darul Ehsan Section 9. Raimi and I had a plate of maggie Goreng each while Athirah ate Roti Boom!!!! after eating, send Athirah and Raimi taimi's house before going back home.

12 noon, picked up Raimi and Athirah (wit AMeer and Ilah later on) and started the unforgettable journey to One Utama (cheywah... ;p). At O.U, everybody bought two tickets each for two movies (Midsummer Dream (Sueño de una noche de San Juan, El ) and Click). We had some italian food at Delicious while waiting for Apis Bird to come and meet us there. 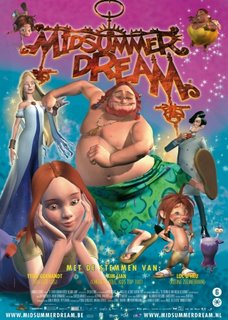 We had a quick meeting wit Apis Bird coz by the time he reached O.U, our first movie was about to start. So sorry Apis... maybe other time... hihihi. Okay, the first movie, an animated film actually was based on William Shakespeare's novel entitled Midsummer Dream. The story was a little bit mengarut aaa.... come on laaa... cartoonzz!!!! but there were certain parts which really made me laughed aa... especially that little creature name PUCK... owh and the fat goblin or some-kind-of-monster creature name OBERON... haha.. funny funny....

After the first movie, went jalan2 inside O.U. This is the interesting part. Met a clown on our way. Haha.... I can see Ameer's face changed from normal to a bit pale aaa.... owh... Ilah told me that AMeer was afraid of clowns!! Hahahaha.... then I show them my evilness... I called the clown and showed Ameer to him.. Haha... the clown came and he was like holding both AMeer's shoulders and said something to him. Ameer just keep trying to avoid the clown which finally he succeeded. Hahaha... lucu lucu..... can't forget those impression on Ameer's face!!! ;p sorry ameer... terjadi Jahat laaa.... 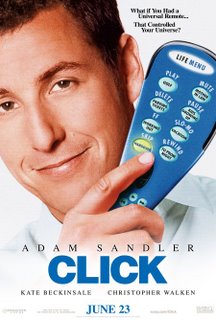 From O.U... got back home around 8.30 p.m... after sending Athirah and Raimi at Raimi's, I went to Cili MErah. had my dinner there alone!! while waiting for Abah's food to be tapaued!! hihihi... on my way back, saw Shaki, Fana and Amirah (I Think) and they asked me to send them back to Amirah's house. I sent them before went got back home.