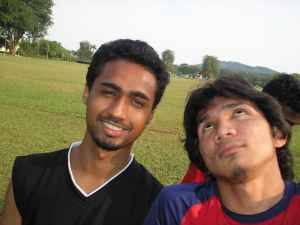 Wit Rames before the match
Owh.... we lost again today.. I can see that our team doesn't have the spirit and confidence to face this one team from I-dunno-where laaa... haha... we played at that Lembaga Getah Malaysia's field again and FIY, we keep on losing each time we play there. Haha.. no luck I guess playing there. 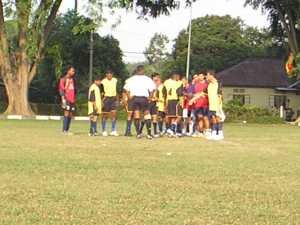 Players shaking hands before the match 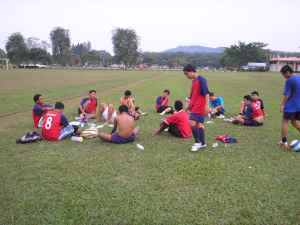 Tired after the match....
Hurmm... most of our players were lack of fitness and maybe feeling a bit tired coz they were playing football earlier. For example, me, Kerol and Papa played wit Juventus last night, Habeeb in a futsal game at 3 a.m this morning and Joe and his friend (Azam) were involved in their faculty's football team selection during the afternoon... so.. that's why we lost!!! 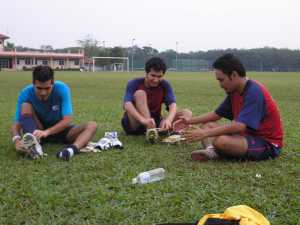 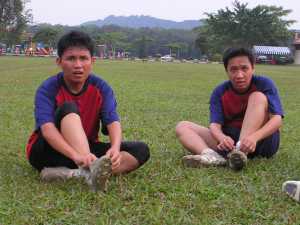 Well it's okay..... but I'm happy.... what is more important is that we had fun. Hahaha... After the match, Sheeyla sent me an sms asking Apis' phone number. Maybe she wanted to plan wit Apis to go out tomorrow.. Jom laaa... lame tak jumpe Sheeyla~ cheywah... ihhihi.... ;p ...