It's nearly 4 p.m when Mak's voice woke me up. I'm sleeping laaaaaah. Forced myself to open the door. I answered Mak. hurmm... sigh... mak wanted to go to Alam Sentral. She wanted to buy something. I took a quick bath, prayed then off we go!!! vrooom..

I'm feeling soooo drowzy today and dunno why. On the way to Alam Sentral, Apis called me. 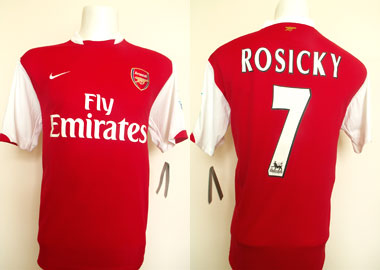 I called Apis back when there is coverage... Apis gave the phone to Kerol and we talked. Kerol explained to me about everything. Even papa was borrowing Apis' money to buy his Ronaldinh0 (Barcelona) jersey. It seems that they spent a lot of money on transportation,  food etc. But, I think to myself, it's okaylaa only Arsenal's Rosicky jersey. Hehehe.. I Lyke~!!!!!

Owh, we are entering Nagoya!!! <-- hate this place. "Mak nak cari kain untuk baju melayu graduation nanti..." hehe owh now only I understand.. if it's for my baju then it's okay!!! ;p after choosing the best material for my Baju Melayu, I asked permision from Mak to go wondering inside Alam Sentral. "Layan perasaan" lah kononnye. Went to SPEEDY video hurmm... nothing interesting. Then to Al-Ikhsan, just surveying the jerseys there... Owh.. new Chelsea's kit really made me crazy!!! Sooooo lawa.. I'm starting to imagine me wearing those kit wit "Shevchenko"'s name on it. Hahaha.. it's okay.. one day I'll buy!!! 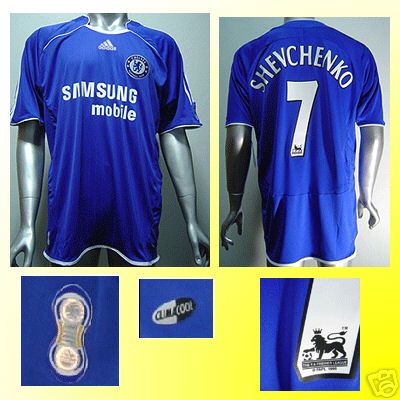 After about an hour wondering alone in Alam Sentral, I decided to go back upstairs to Nagoya. I saw Mak was paying at the counter by the time I reached 2nd floor. huhu thank god!! next stop, NZ Boutique, just in front of Nagoya. Owh, the lady is going to take my body measurement for my new Baju Melayu!!! "Arghhh tak rela!!!!" Hahaha.. berdrama plak!! but.. I have to pasrah laa.. she's just trying to do her job!!! ;p

On our way to the basement, we stopped by at Megastore. I want to find some new albums since my old ones had been damaged!!! hhihiih guess what? 3 new albums laaa.... huhu... PUAS HATI!!!! back home, I quickly took all my pictures from my old albums and transfered it into my new album! this work is sooo damn tiring~!!!! half way, I rested for a while, mandi, smayang bla bla....

There are few things which perhaps we didn't knew..like......
P/s